This is where you discuss shells for your hermit crabs. Not for selling/swapping shells, use Classified Ads for that.
Post Reply
4 posts • Page 1 of 1

On my 21st birthday my family surprised me with a new Hermit Crab, which I promptly named 21. He was wearing a land snail shell (with plenty of room to grow) that clearly had a coat of clear lacquer paint on it. At the time I kinda rolled my eyes-- I have had problems with crabs forced into snail shells before, but I assumed he would be eager to swap to a new all natural shell...

HOWEVER now weeks before my 26th birthday 5 YEARS later-- 21 is still in his chipped, worn, and all too tiny snail shell. There was a period of time I was worried he'd been painted into the shell during whatever happened to him in the pet trade, but I spied him testing out other shells eventually. Case closed: 21 is just too picky to change shells.

But seriously, his shell is in tatters-- I know moving homes must be his choices, but I feel like I am failing to offer him what he needs.

The short of it: Anyone know where to buy BIG land snail shells similar to this one in the picture I attached? 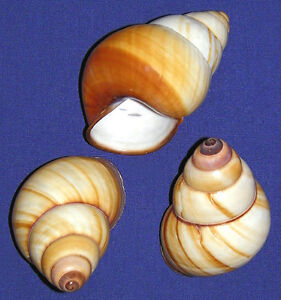 He won't wear Japanese snail shells like the one below and they seem like the only ones large enough. 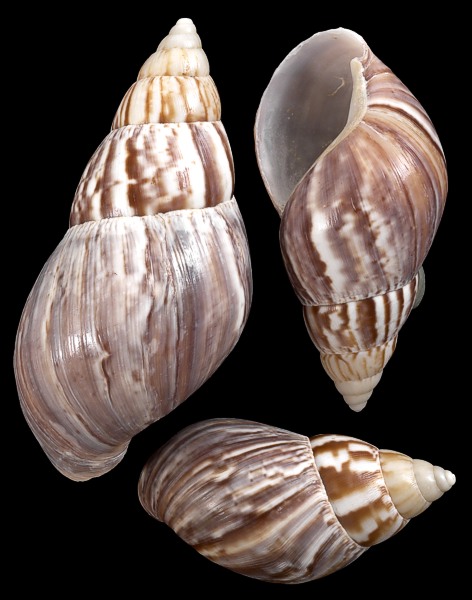 Have you tried offering Turbo shells?
"If there are no dogs in Heaven, then when I die I want to go where they went." -Will Rogers
Top

Land snails really don't get that large. Japanese snails are actually giant African land snails (confusing, but invasive everywhere) so if he won't take those, that rules out the largest options. Muffin snails get that big, but the shells are a really odd shape. Freshwater apple snails (cana in particular) get huge, but again, the shell shape is very strange.

Almost every crab will move into turbo shells if presented with the right kind, and the right size. Back when I had 60 some crabs, they were evenly split between Tapestry (petholatus) and Striped (fluctosus), even with tons of different options available.
Want to see all my crazy pets? @waywardwaifs on Instagram
Top

Thanks guys. For some reason he just wont take to the turbo shells, believe me its been 5 years and many $$ of experiments on that front. I guess he's just picky and happy with what he's got.
Top
Post Reply
4 posts • Page 1 of 1