For any and all questions about feeding, diet and different foods. Questions and posts about purchasing from stores should be made in the Shopping section.
Post Reply
3 posts • Page 1 of 1

Hello, I stopped by Pet Smart today so I could grab some eco earth and some new food for my hermits. Unfortunately, they didn't have what I was looking for in terms of the eco earth, but they did have a variety of reptile and fish foods. Originally, I was feeding them mostly Zoo Med's Hermit Crab Food until realizing that it wasn't recommended and ended up switching to mostly fruits and veggies a couple months ago. I still plan on feeding them a mostly fresh diet (strawberries, broccoli, eggshell, pansy flowers, ect.), but I wanted something extra as well in cases where I might not have access to anything else.

I know Ethoxyquin, Copper Sulfate, and BHT are frowned upon so I tried to avoid anything with that in it. Eventually I stumbled across Fluker's Crested Gecko Premium Fruit and Insect Diet, which has a couple preservatives, but nothing particularly harmful from what I know. I mostly liked it since it included mealworms in the mix, and I'm a little too squeamish to deal with actual dried insects (though maybe I'll try them one day).

Any thoughts? I'll end up trying it and see how the crabs react to it unless there's some major red flags I'm missing. Also, if anyone else has tried powder, should I mix it with (dechlorinated) water like it says in the directions, or should I just give them the powder itself? 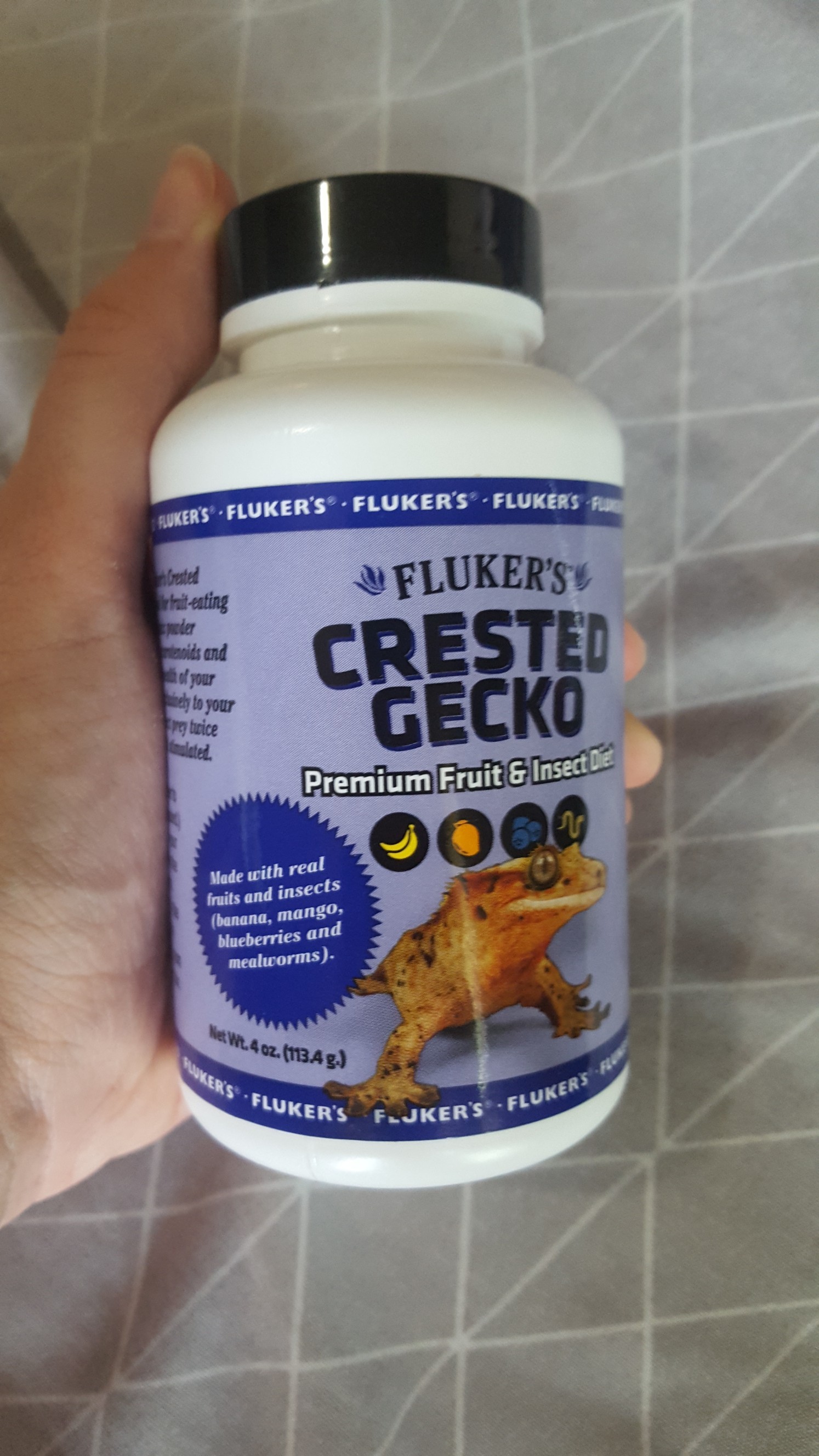 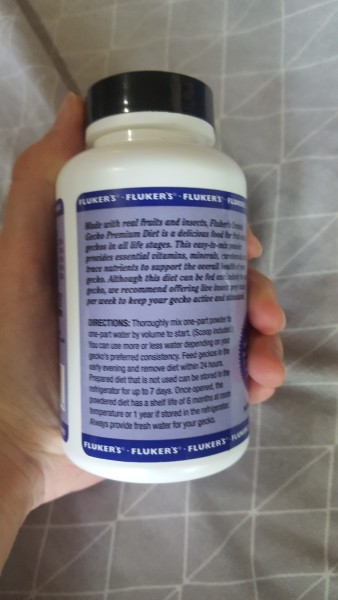 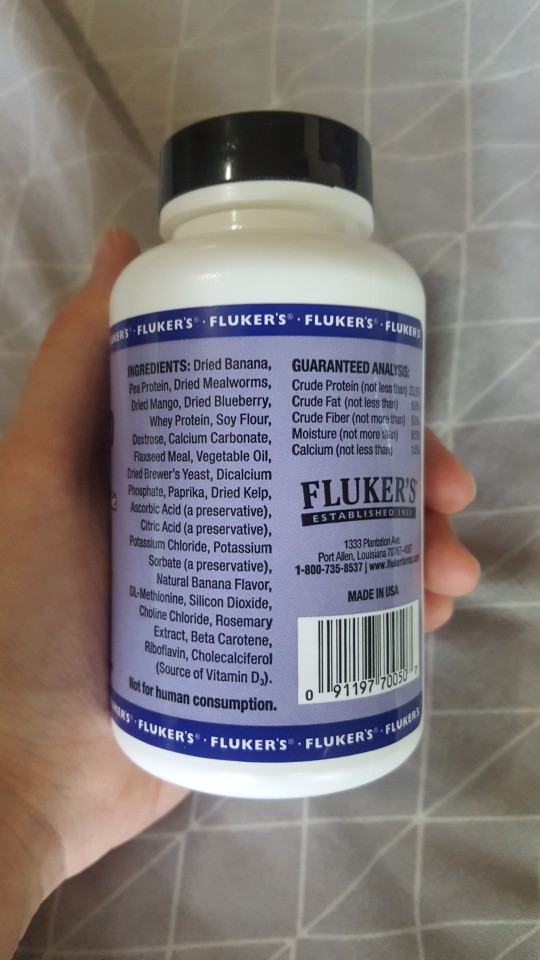 It doesn’t look harmful and I think the crabs would like it.

However, it is low on protein, which is curious considering the peas, mealworms, whey, and soy. Maybe it’s mostly banana?

If insects make you squeamish, you can dry dried shrimp or krill, or go to the dog and cat food section for dried meat and fish there (think Purebites brand or similar products).

I've fed Repashy gecko diets almost exclusively to my rugosus for nearly 4 years. However, it's the only brand I trust for my actual geckos, because of all the research and feedback Alan Repashy has done over the years. I personally would not use this one, without more information about it.
Want to see all my crazy pets? @waywardwaifs on Instagram
Top
Post Reply
3 posts • Page 1 of 1