For presenting do-it-yourself projects for your crabitat and for discussing and displaying custom built crabitats. Also for questions and reviews on equipment and products. *Stores and their reviews now have their own section in Classifieds*
Post Reply
4 posts • Page 1 of 1

How do I keep my crabs from killing their plants? In the last 6 months they've eaten an entire fern, a sorrel plant (the only one they were supposed to eat!) and a dracaena. They killed a beautiful bromelied by first snapping off the upper 2/3rds and finally by digging the rest out of the planter. They also dug out 2 other succulents and my most recent casualty is an arrowhead plant. They dug out over half the soil and the roots appear to have been clipped off. I think I can replant it, but they're just going to dig it out again. The only plants left are 2 crotons. Either they don't care for the taste of those or they're just biding their time. Lulling me into a false sense of security before killing them.

They seem to like hiding in amongst the leaves and poking through the soil for whatever. Sometimes I put moss on top of the soil for them. I'm fine with the occasional casualty, but my issue becomes what do I replace these plants with? Should I give in and go with another yummy fern or should I try to find a way to limit their access to the soil? The same thing happens when I plant seeds. As soon as they sprout, if they last long enough to do so, they're dead.

I really don't want to use artificial plants. I'd rather just replace the plants, albeit reluctantly, and muttering under my breath. 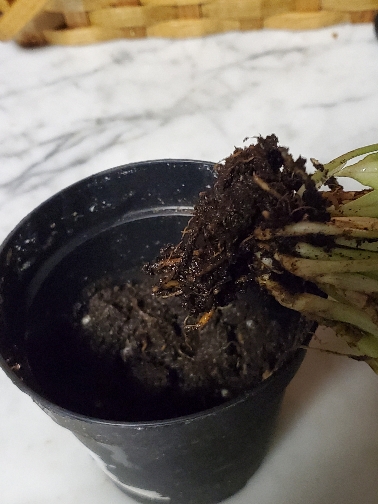 Sorry I don't have advice. But I am curious what succulents are safe for crabbies. My succulents keep multiplying and if they are safe for my crabbies that would be great because I have an infinite supply.

Sent from my SM-T580 using Tapatalk

Aussie made a really great guide to plants!