For presenting do-it-yourself projects for your crabitat and for discussing and displaying custom built crabitats. Also for questions and reviews on equipment and products. *Stores and their reviews now have their own section in Classifieds*
Post Reply
5 posts • Page 1 of 1 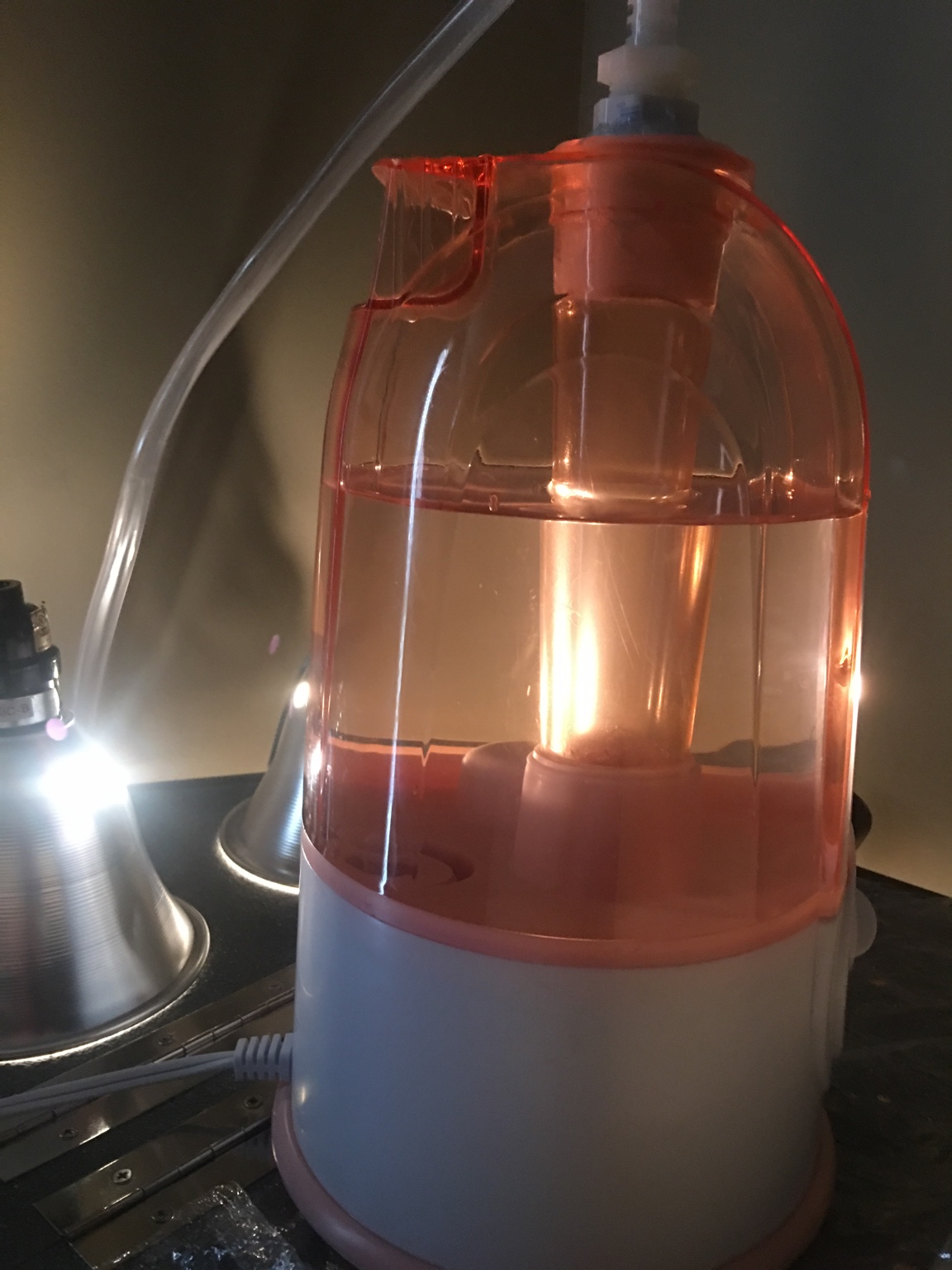 I made this fogger to keep my humidity up. I run it for 10 minutes once an hour on about medium-low. It worked great for a day, but soon started to leak mist from the bottom where the pink tank sits on the white base. I know it's a pressure build up forcing it out, but i lose all pressure to my hose in the process. Is there anything I can put on the base to give it an airtight seal? Something like a rubber gasket or some type of sealant that will still allow the tank to sit flush in the base? It will make contact with the fog going into the tat...
Top

100 percent Silicone maybe? Let it cure before using it though according to instructions and so it no longer smells like vinegar

I found mine having a similar issue when I made it and it was more so bc the water droplets were clogging my small tube and causing a backup. When I would blow in the end of the tube, forcing the water back into the fogger, the problem would stop. When I switched to a larger/wider hose the problem stopped all together, however, the water droplets were able to flow into my tank. I did not like that my substrate was getting so wet...


Sent hastily from my iPhone....
Top

At first I thought that it was because my hose was so long. I was using 8 foot, when I really only needed 4. So now I have it shortened to about 2 and have the fogger sitting on the top of my tank. It worked great for a few days and started right back up. If the silicone doesn't work, I may pull the plastic reducer off of the top and just go to a bigger hose and keep it on all the way low...
Top