This is a forum dedicated to Hermit Crab Association members posting pictures of their crabs and crabitats.
Post Reply
2 posts • Page 1 of 1

This is my tank, yes I’m aware that front mesh and top mesh tanks aren’t “advisable” for hermit crabs because well, they’re mesh and obviously let humidity out. Mine is a Zilla tank 36x18x24, the inner front of the tank has a piece of plexiglass across it in conjunction with a couple pieces of balsa would you allow air to flow through the tank still. The top was mesh but has been siliconed shut with 2 pieces of plexiglass while one side is open to allow for the uvb to pass through and again allow airflow. The rear and side of my tank (especially over the heating pad) is insulated using duct insulation. Heating pad is set at 92F (only reaches that temp on the centre for the thermostat to shut it off), a regular halogen bulb (gives off some heat) and uvb bulb. I have a monsoon mister set up to spray the tank every few hours (some crabs seem to love being sprayed) which spray the moss and the sand to keep it moist. Temperature is a gradient from 85 at the warmest to 74-5 and humidity varying from 80-90. Substrate is roughly 8-10 inches deep at the highest point.

Inside my tank I have 11-12 crabs which are mostly all in med-large shells (although only 2 of these crabs I would say are large sized or >2.5") probably going to get a few more teeny’s. I have 3 different species of isopods including giant orange isopods, springtails and millipedes for cleanup, centipedes and a couple spiders lingering around which take care of the flies and for population control.

I have had most of the crabs for around 5 years, and i’m on my 4th terrarium, 67 gallons now as I’ve continued to upsize my terrariums. They have all molted, and even one of my crabs was missing her big claw and a couple legs from petsmart (saved her, got her for free) and she regrew them both and now has a full sized claw (the first single crab picture)!

Included in their tank is a shell shop sitting on a chunk of birch tree, cork bark tile background (which I recommend getting because they absolutely love it!), 2 New Zealand tree fern tiles (more humidity), water bowl for submerging with bubbler and sponge, salt water bowl, and the decorations including the hampster wheel (they love it) and repti hammocks which, yes, does goes up to the ceiling of the tank so they can climb upside down on it (they use to climb on the metal all the time so this replaces that hopefully). Enjoy the pictures and feel free to drop any comments 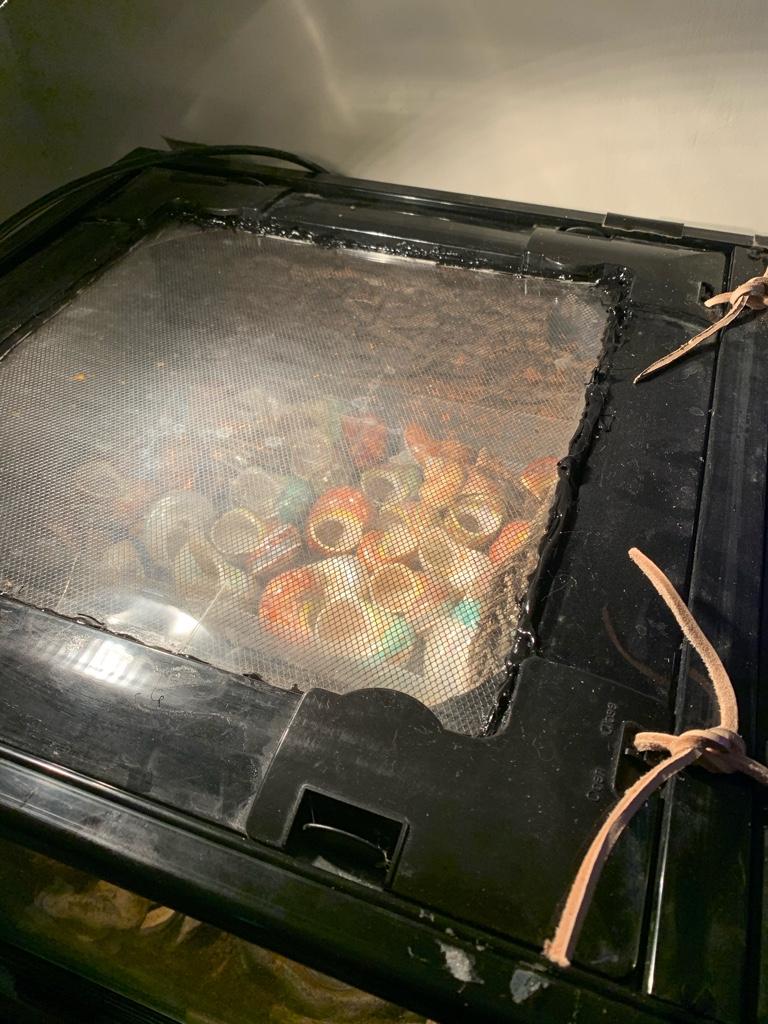 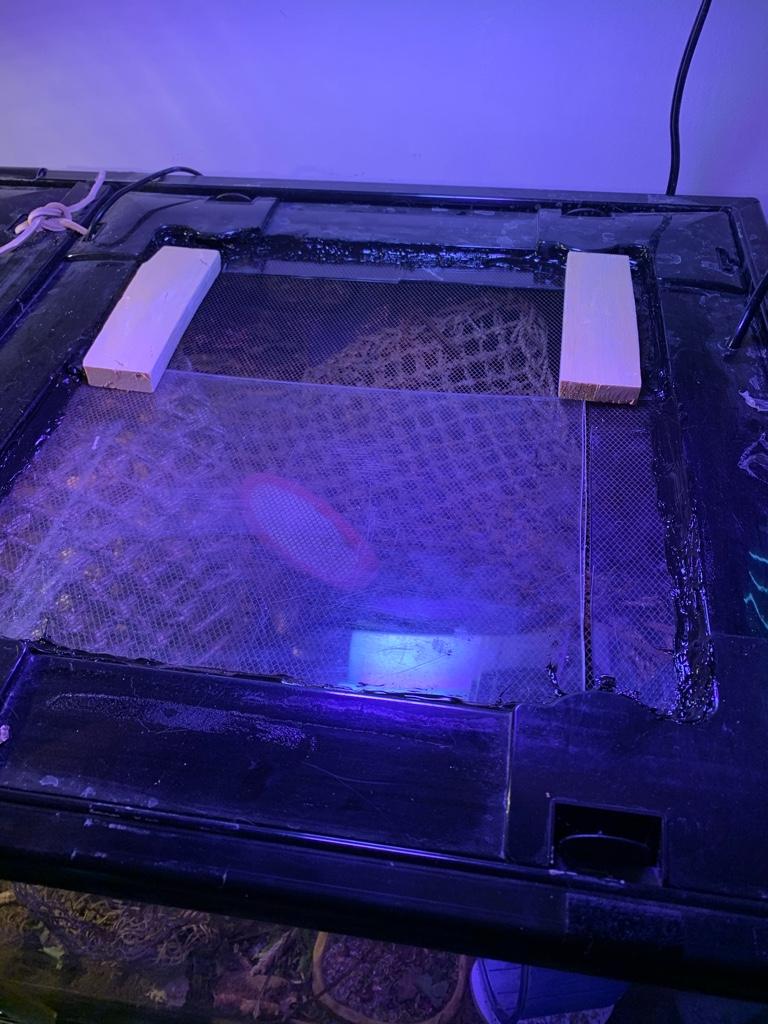 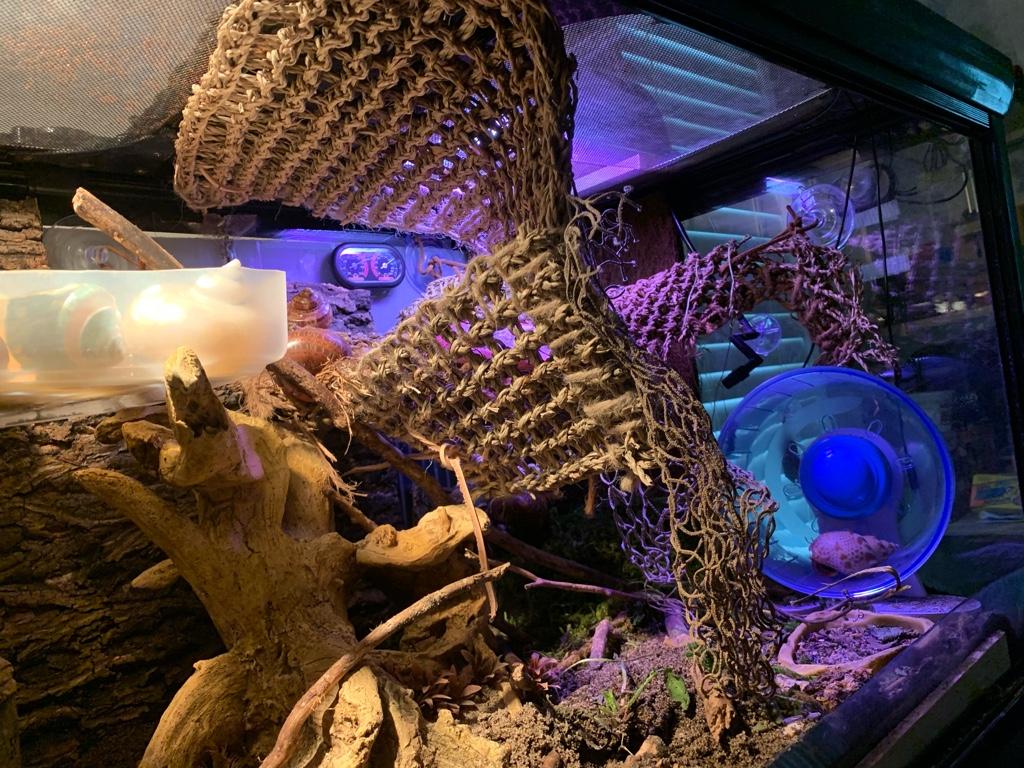 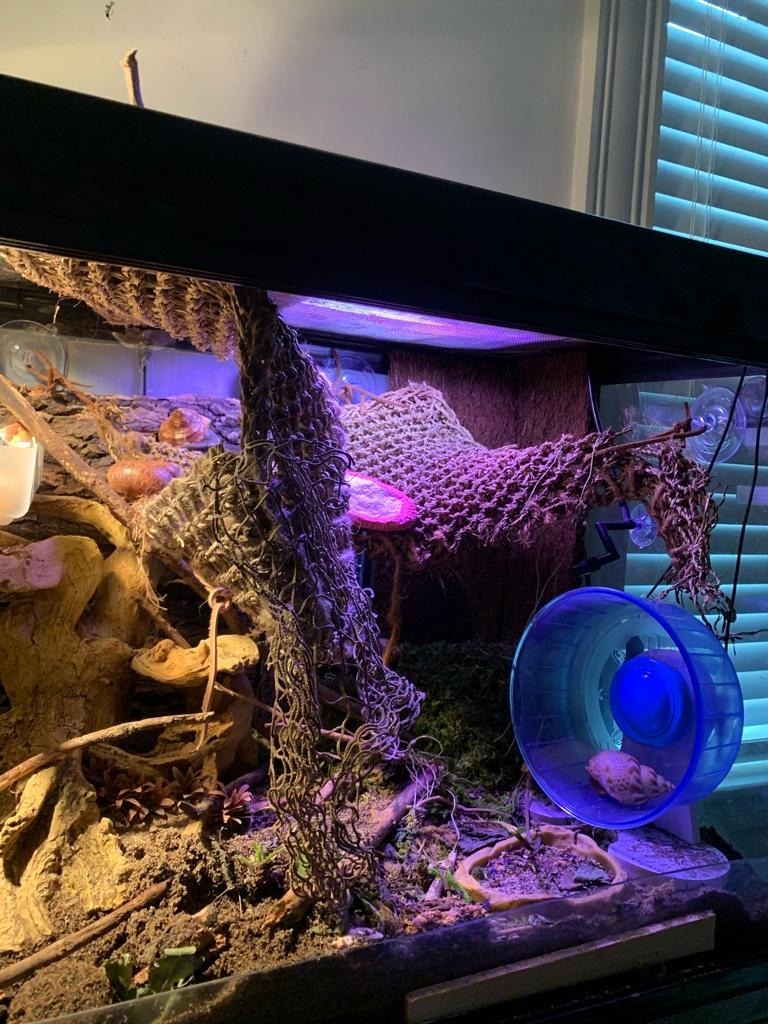 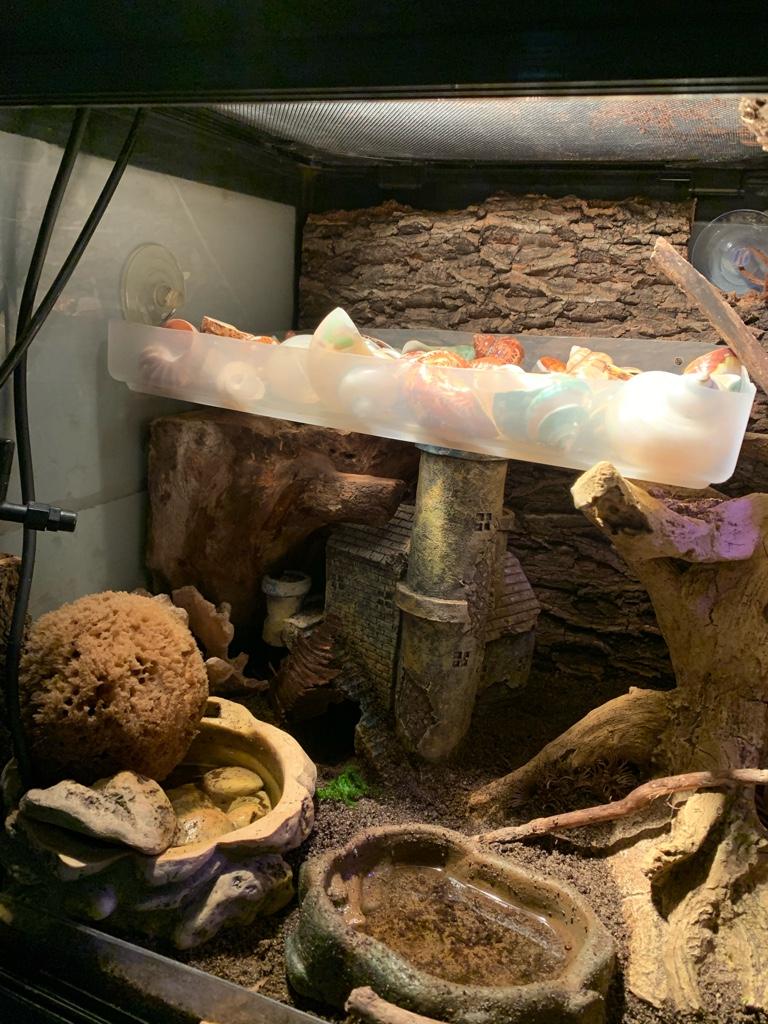 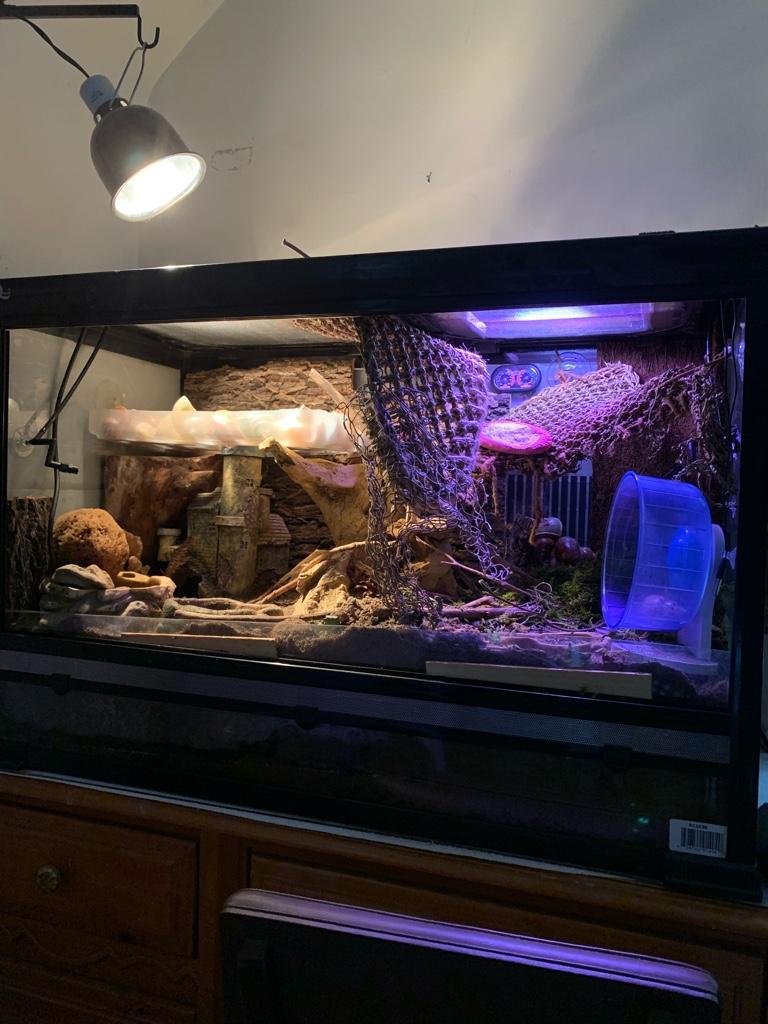 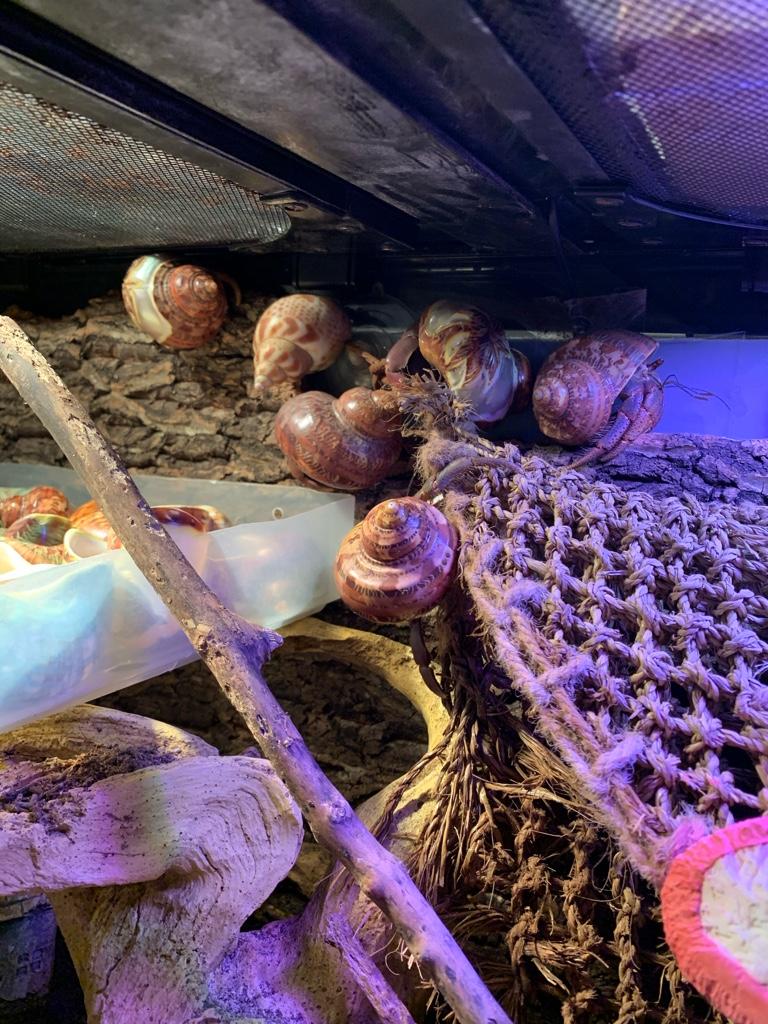 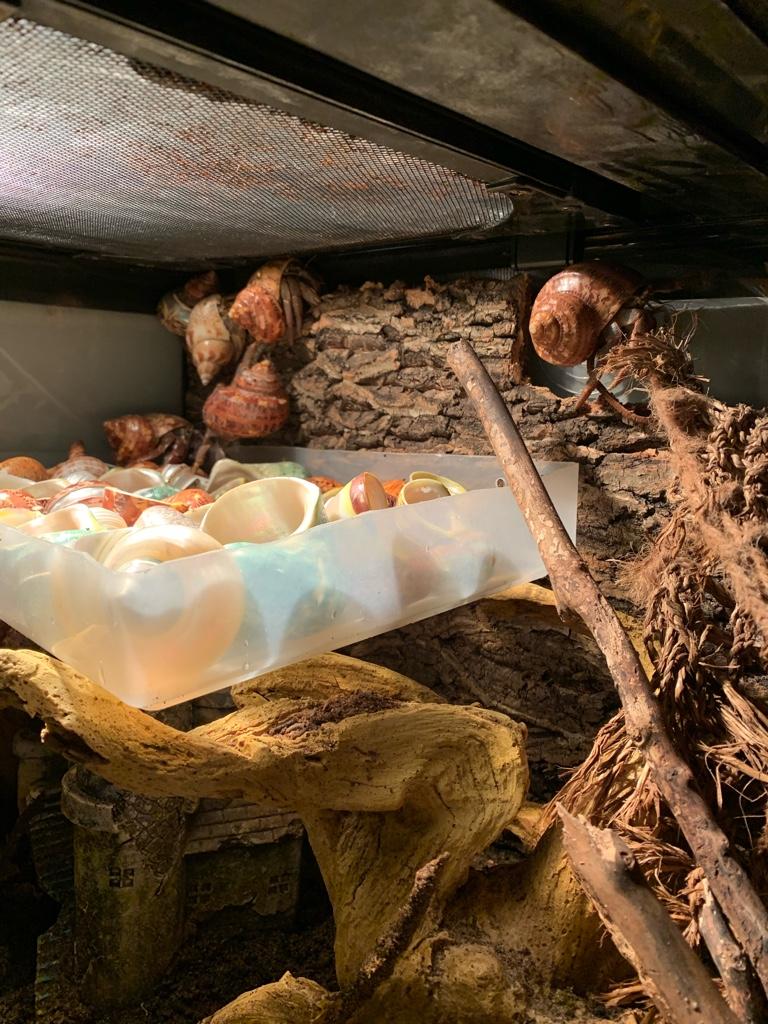 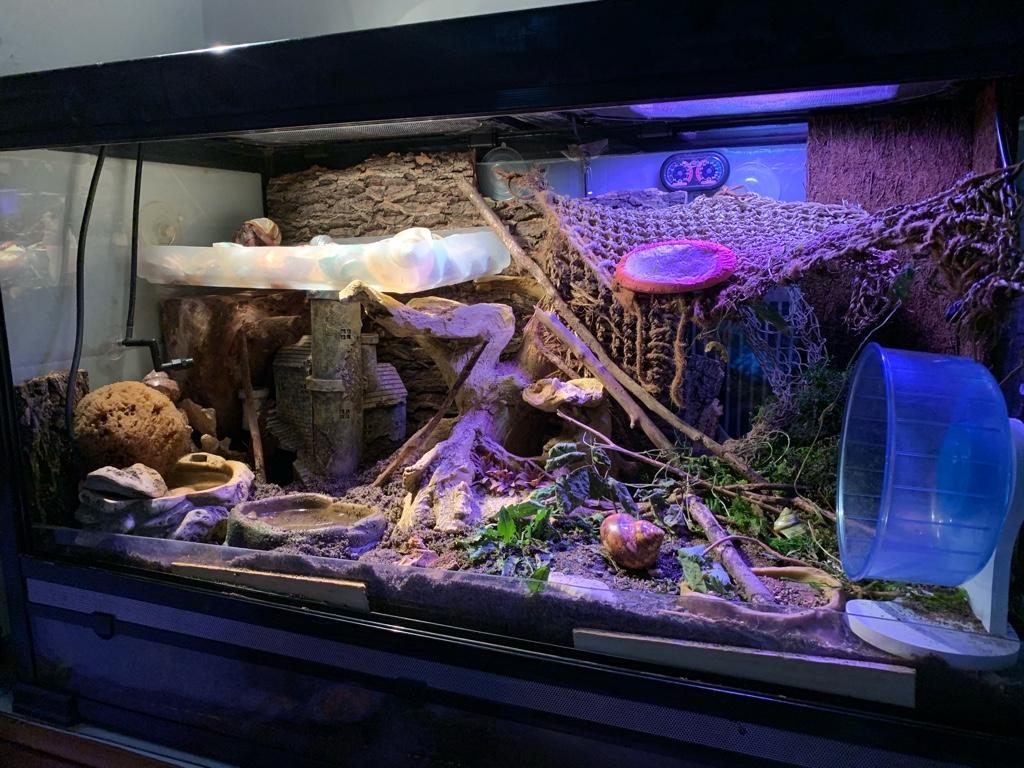 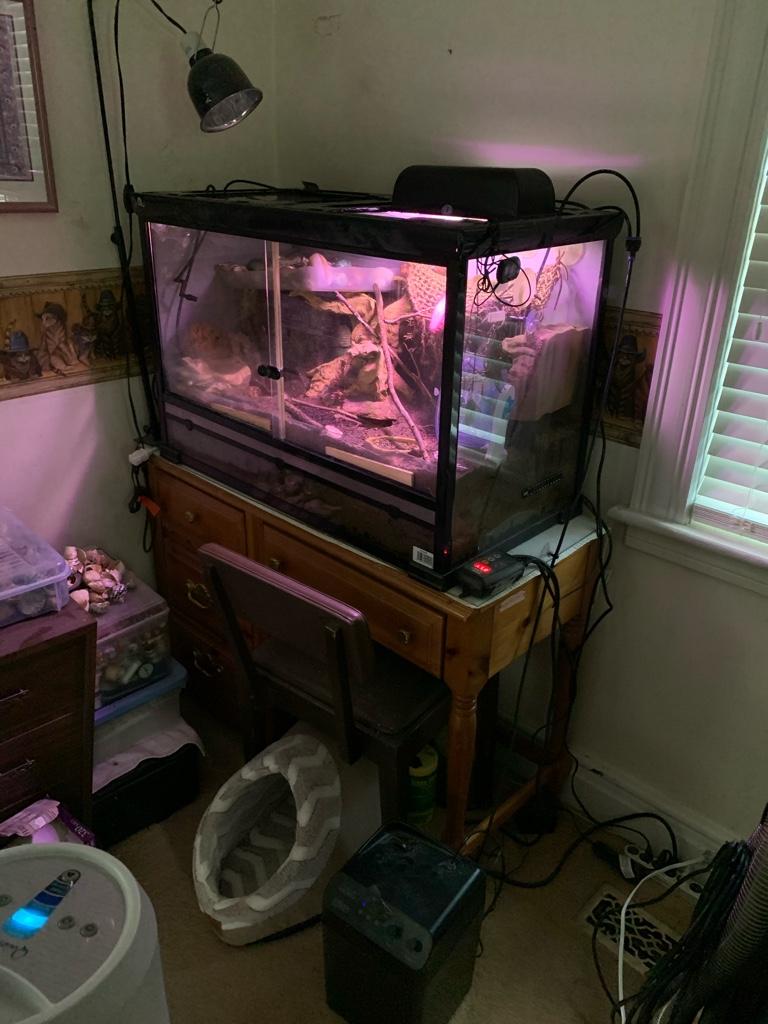 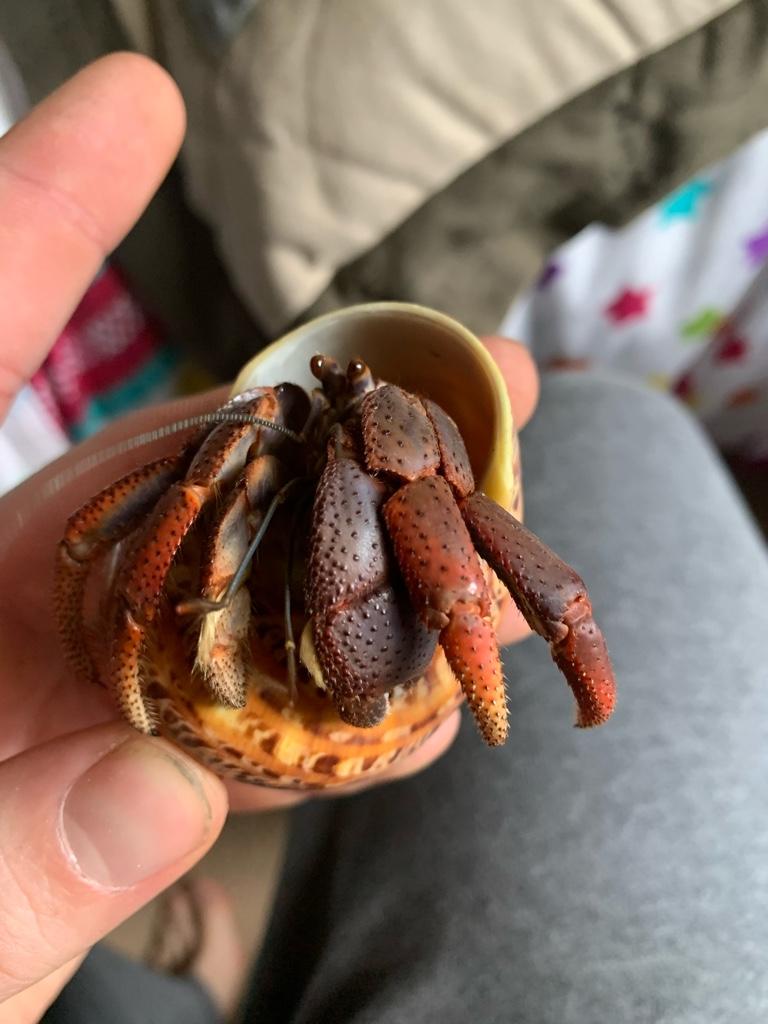 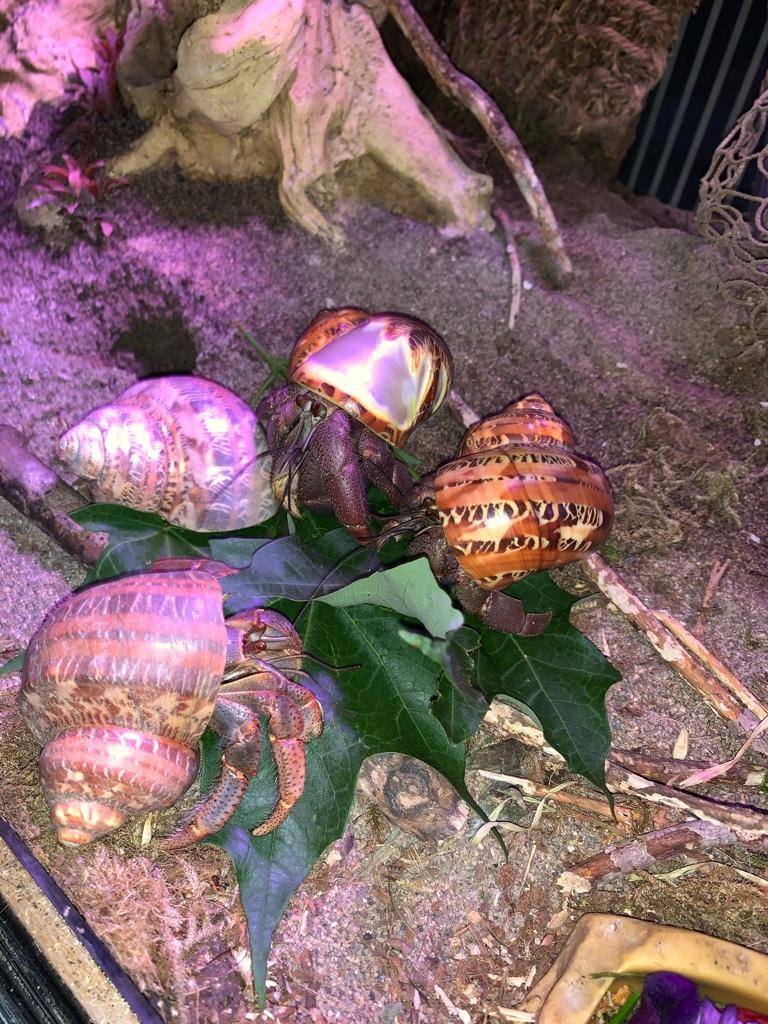 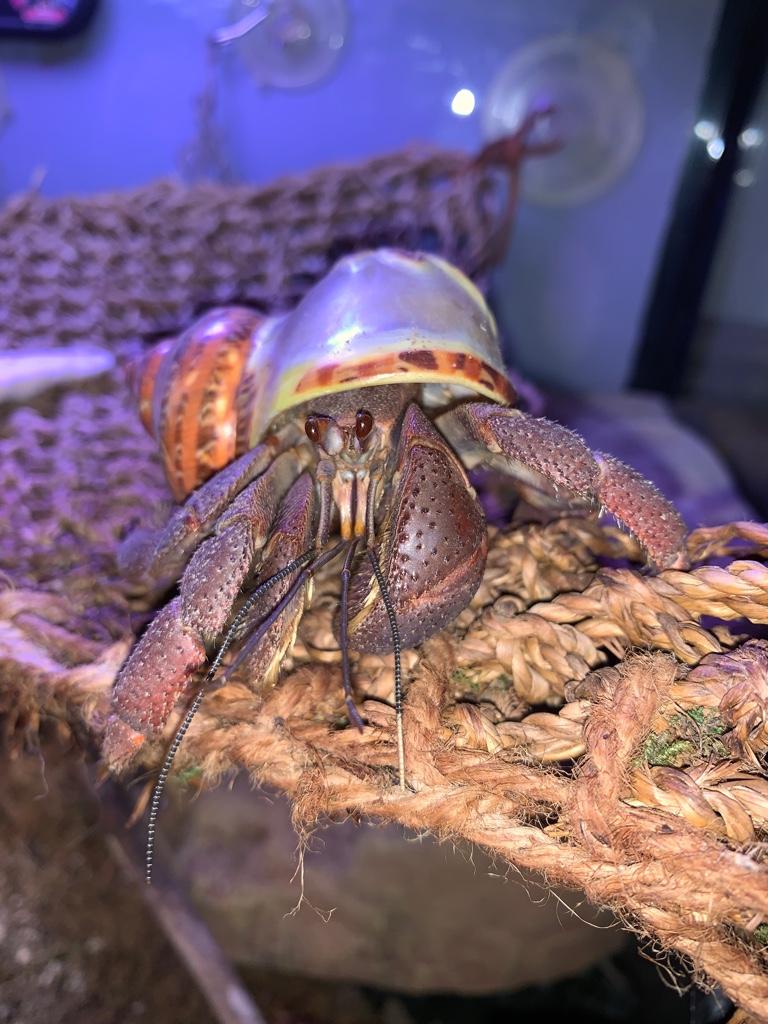 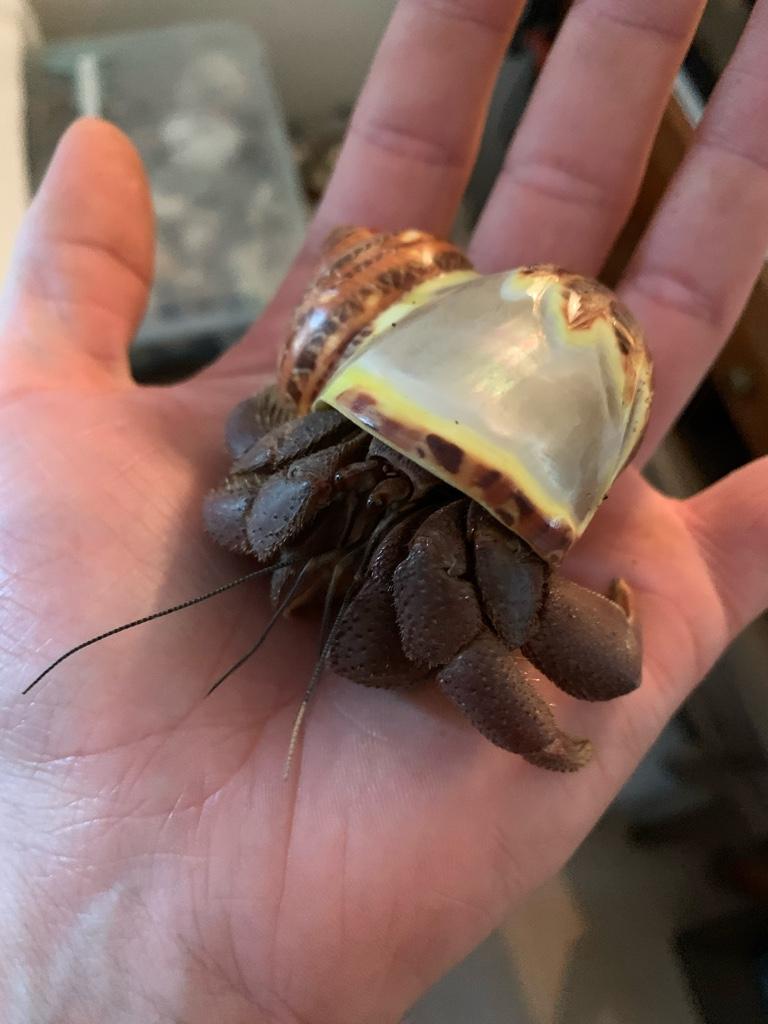 I think the setup is beautiful, I love front opening tanks and personally think they far superior than conventional glass aquariums.

Have you had much issue with flooding using a mister?