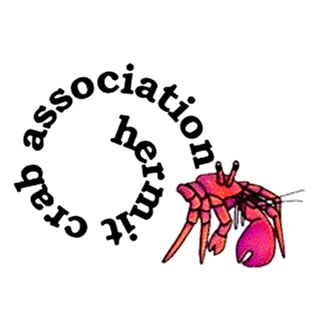 Arizona and New Mexico Adoptions
If you are looking to adopt hermit crabs, please make a small “want ad” here!

Read through this before posting:
[For Members Who Wish To Adopt:]

You must include your general location and how far you are willing to travel. If you are willing to pay for shipping, that would be a good thing to know as well. You should write about your experience with hermit crabs, your enclosure, and anything else you think an owner looking to rehome should know so that they choose you as their crabs’ new home. Remember to list how you would like owners and the Adoption Coordinator to contact you if PMs are not your first choice. Thank you!
Last edited by HCA Adoptions on Fri Jun 02, 2017 4:01 am, edited 1 time in total.
Reason: Updated
Please PM the HCA Adoptions account if you are interested in a listed adoption or have questions about our adoption program.
Top

hello!
I live in Albuquerque NM with my husband, three kids and three hermies!

we have had our three hermit crabs: Henry, Doug, and Sheldon for two years. they live in a 50gal tank with a large amount of sand, climbing things, water play area and hiding spots.

Both Henry and Doug are about two and a half years old. We got Doug and Henry from Petco on the same day and they were both very small crabs! Doug buried himself the same day we brought them home! Henry stayed above ground for a few weeks and was very adventurous climbing and trying to escape! (at that time we had them in a 10gal tank).

we got a call about a month later to adopt another crab! We guesstimate Sheldon to be around 15years old. we adopted Sheldon from a friend's sister who had him for approx six years living in a plain plastic 5gal aquarium with a very small amount of sand and no one to play with. the very next day we were gifted with the 50 gal tank that they are in now. and i spent an entire day cleaning it and making sure it was ok for our newly expanded family!!

Sheldon burried himself within two days and stayed under for approx 6 weeks! he came out so beautiful and blue! so gorgeous!

the three crabs have lived harmoniously ever since.
i would love to be a human mom to more crabs who are needing a new home.

we feed our crabs specialty foods from the hermitcrabpatch and they also get fresh veggies and fruits scraps and occasionally leaves from our yard. they are very well taken care of in their 50gal tank with approx 60lbs of sand, a large rock, several large shells, a branch and lots to climb around on and in. they also have a large swimming hole (med sized bird bath) and a heating pad for the winter time. (summer time in NM is plenty warm enough).

I can travel up to 4 hours one way to get the possible crab for adoption. which would get me either to southern or Northern NM, or just outside of NM on either the Western or Eastern sides.

I would prefer a PM regarding possible adoptions
Happy Holidays!I

Looking to adopt
Hi! My name is Christel. I have a 30 gallon tank ready to house some new hermies. I’m especially interested in young Strawberries if I can find any. I had 5 Purple Pinchers in this tank before for a couple of years but had to rehome them due to issues with a roommate.

A friend of mine who is a teacher adopted them for his science class. Now they are his daughter’s beloved “babies”. I’m in my own place now with no intention of getting another roommate. I can travel to pick them up within the state of Arizona. I can be contacted by email or a message. I will notice the message sooner than an email though. Thank you!!!