For any and all questions about feeding, diet and different foods. Questions and posts about purchasing from stores should be made in the Shopping section.
Post Reply
7 posts • Page 1 of 1

Just wondering what everyone's food storage ideas are. Myself I am using flip top glass jars bought from y work, Michael's Craft Store, as storage for the hermit crabs foods.

They are the chalkboard jars and retail for $1.99 each. Went with these ones vs the similar sized ones at walmart that cost more and didnt have the chalkboard label area. Using the metallic sharpie markers (silver, gold, bronze, ruby, sapphire and emerald) to write the contents of the jars on the labels. The picture with the item number (482059, if ordering online at michaels.com put a 10 in front of the item number) and barcode is the same for both styles, square jar and circular jar.

The blue dish in the pics will be used as fresh and saltwater pools along with the shell shop and moss pit. My mother was able to get a bunch of these from somewhere, and she gave me about 20 of them. In addition to the water dishes, moss pit and shell shop will be using some to grow chia and other herb like plants that can be grown in shallow containers for the crabs. 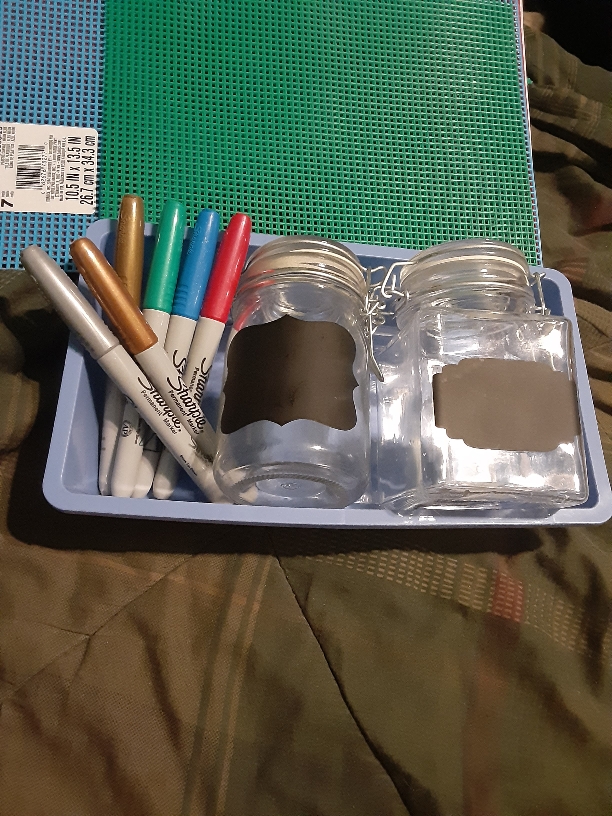 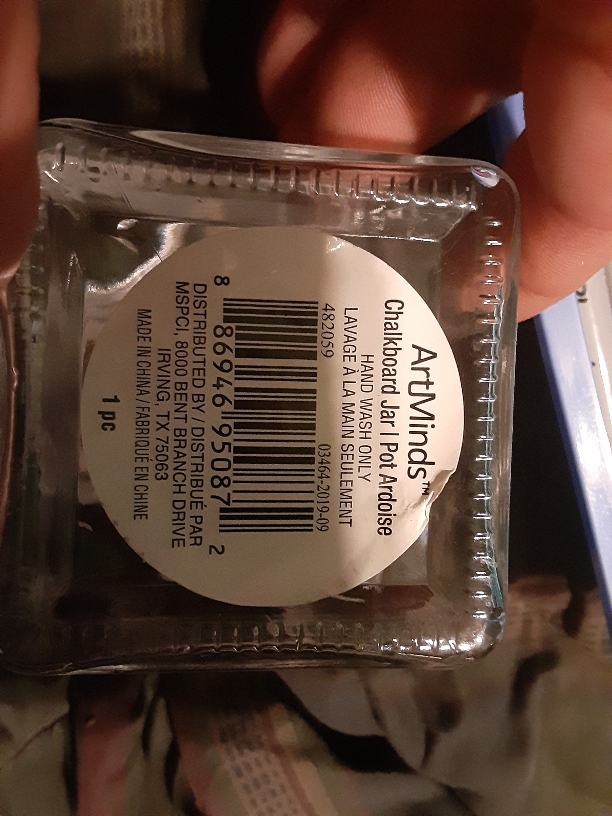 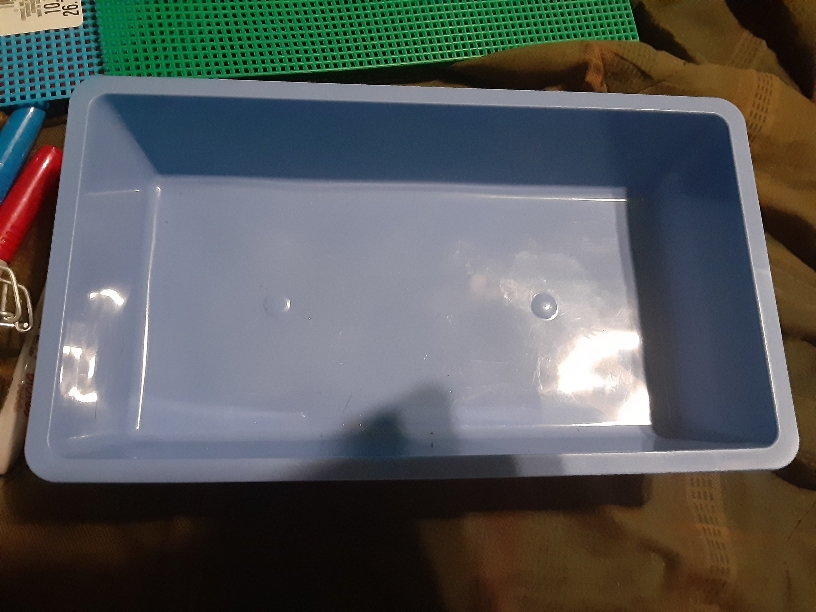 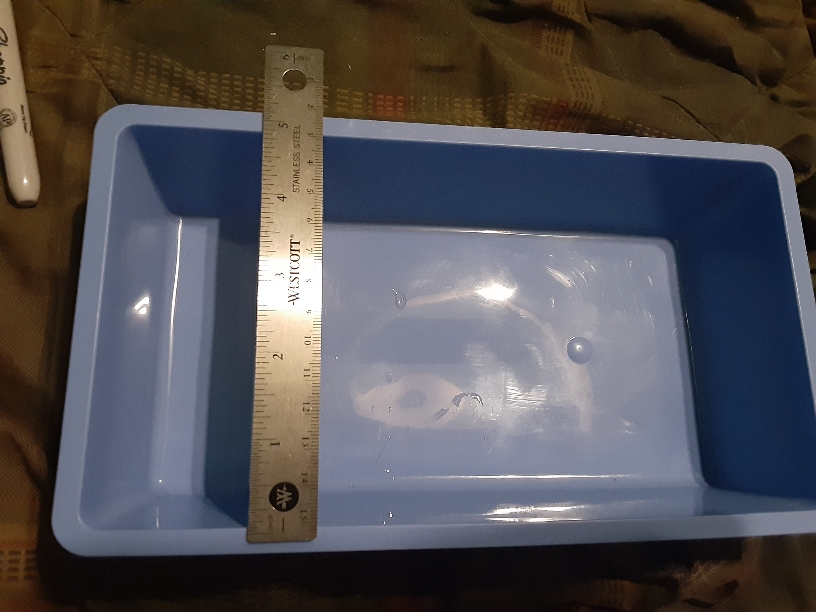 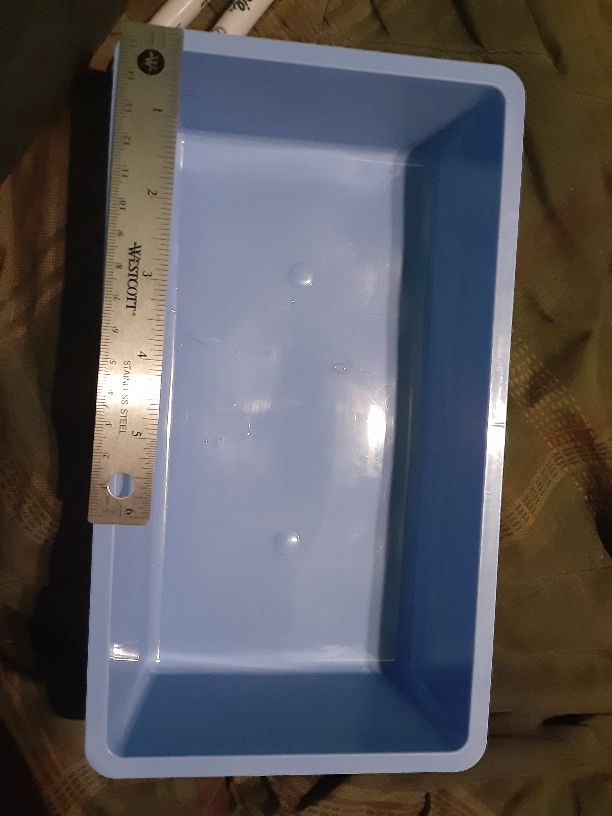 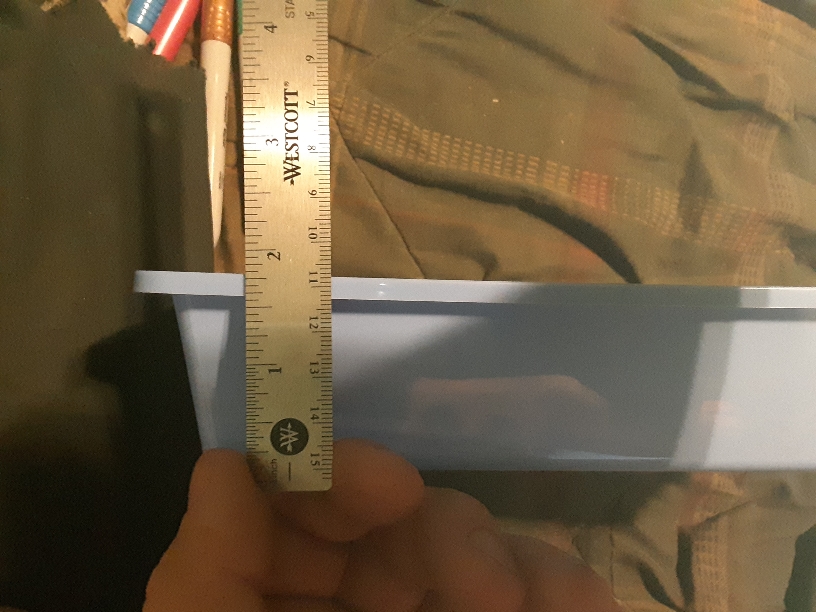 Sent from my SM-S102DL using Tapatalk

I keep mine in little ziplock bags inside a Tupperware container. One for dry food and one for frozen.

I also use Mason Jars, and I label them with Painter's tape. It's much easier to peel off when I need to wash it and change the label.

Edit: When using mason jars, I highly recommend that you use the food safe dry packets that retain moisture. You can purchase them of off Amazon.
Truly blessed to have incredible creatures, wonderful friends and my amazing family in my life!! I'm very thankful & grateful for all of them! www.thehealthyhermit.com
Top

I use the small ziplock bags you can buy at craft stores. Then I keep them in pop lid containers. 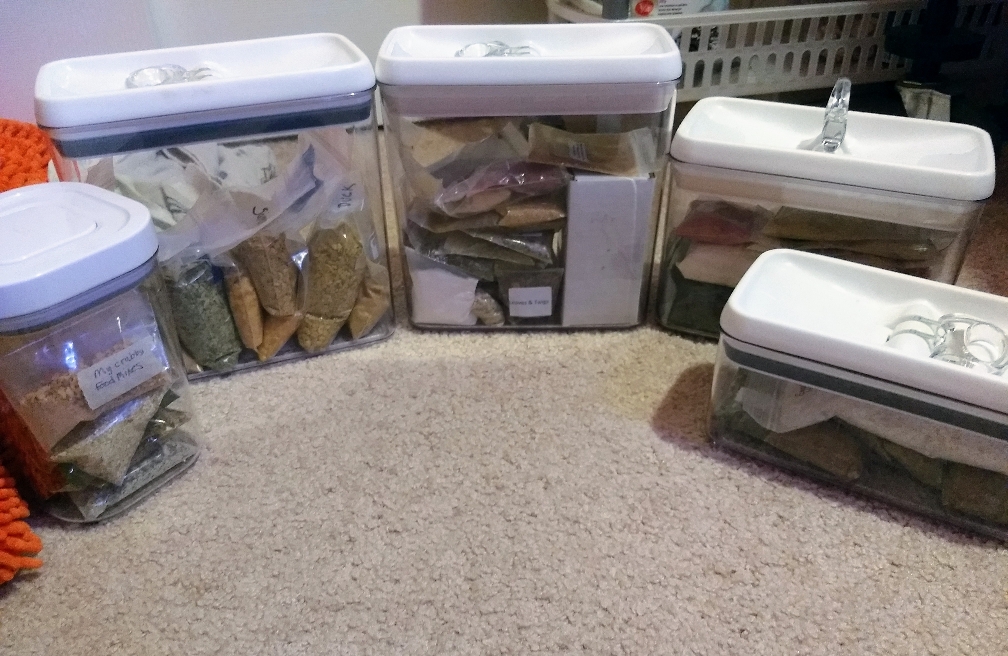 Currently I have 14 of the jars I posted in in my initial post that have food in them, mostly fromfrom The Hermit Crab Patch (Basic Diet, Surf N Turf, Red White and Blue Berries, Berrylicious Popcorn, FMR Fruit Treat, Worm Castings, small free sample of Farmers Field, Mineral Supplement, and Calcium Supplement), picked up a thing of the Flukers Freeze Dried Dried River Shrimp and Freeze Dried Mealworms locally, then when my mom mentioned to me she was making deviled eggs as part of my dads birthday dinner I asked her to save the shells and ground them up with my mortar and pestel, dried coconut flakes and the last jar currently has 4 dehydrated and ground up Carolina Reaper peppers that came the plant my brother grew (so far my brother has gotten probably 60 or 70 peppers off of it with another 2 dozen that aren't quite ready to be picked, though typically they say a plant should bear 20-30 peppers, only thing he has done was use potting soil and giving then a tiny bit of water once or twice a week).

I ended up picking up another 14 of these jars from work today, wiping my store out of them, to go with the 7 or so empty ones I already had. Next Friday I am planning on going to Whole Foods to get from their bulk section, chia, lentils, Flax seed, rolled oats, quinoa, rice, and then pick up some of their organic dandelion greens and other organic crab safe foods, with me dehydrating stuff like carrots for used in future meal mixes. I may also hit up another Michaels store that is closer to the Whole Foods store for more of the jars, as the ones I have are all air tight (tested by filling them with water and turning them upside down to see if they leak at all, only one that did is the one that the gasket got damaged when a certain feline of mine decided to attack it when i dropped it while trying to hand clean the jars, this jar is currently filled with some of his dry cat treats).

I am have been looking up and copying down all the different recipes i can find for hermit crab foods. In addition to the dried foods and grains/seeds I do plan on growing some fresh stuff like chia, soybean sprouts, alfalfa sprouts, etc... for them, if I had a heated greenhouse I would also try to grow carrots, beets, dandelions, etc... for them during the winter
Currently keeping 6 PP's- Tawas, Mr. J, Highwire, Mimzi, Carter and Taggart in a 29g aquarium
Top

That kind of rubber gasket flip lid doesn't work so well for keeping moisture out. I originally tried to organize my spice drawer with them, and within a couple months most were ruined due to moisture getting in. Was so ticked over the cost of the jars, and the cost of the spices!
Want to see all my crazy pets? @waywardwaifs on Instagram
Top

wodesorel wrote: ↑
Sat Sep 19, 2020 3:49 am
That kind of rubber gasket flip lid doesn't work so well for keeping moisture out. I originally tried to organize my spice drawer with them, and within a couple months most were ruined due to moisture getting in. Was so ticked over the cost of the jars, and the cost of the spices!

I have an order from Amazon of Food Safe silica descant packs coming. These will be going in each of the jars (other then the worm castings jar) to help keep the moisture down in each jar.
Currently keeping 6 PP's- Tawas, Mr. J, Highwire, Mimzi, Carter and Taggart in a 29g aquarium
Top
Post Reply
7 posts • Page 1 of 1